Cosplay photography is always something I have been intrigued by. This probably came my hours of watching films and playing computer games as a kid. For that raseon I have always fancied a look at the cosplay events. As winter is now setting in and I am running out of things to photograph I decided to have a look at the Preston comic con.

This was the to be the first comic con event held in Preston so was all a bit new and for that reason things like this normally turn out better. As I feel  they are a bit more personal and less mainstream so everyone is more relaxed and not under pressure making for great photo opotunites. I arrived there around 12.30 to be greeted by a cyber-man, stromtrooper, tie fighter pilot and an Indiana jones at the front doors which is just a bit different for your normal Saturday afternoon in Preston. 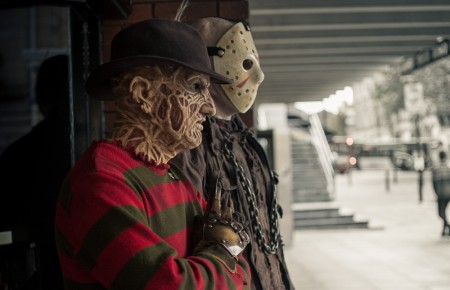 Just from the characters outside I could tell the outfits had a lot of time and effort put into them and  I was going to in for a treat when I got inside, turns out I wasn’t to be let down.  I walked upstairs to the entrance walking past harry potter, imperial guards and a huge space marine which looked amazing.

Once into the function itself  the lobby of the guild hall was littered with more cosplay characters sat eating there dinner it almost seemed a bit surreal to see planet of the apes chimpanzees sat next to a Mario or Luigi I started snapping away grabbing pictures where I could being sure to be polite and ask and what I did find excellent is that everyone stayed in character when posing  making for better images. 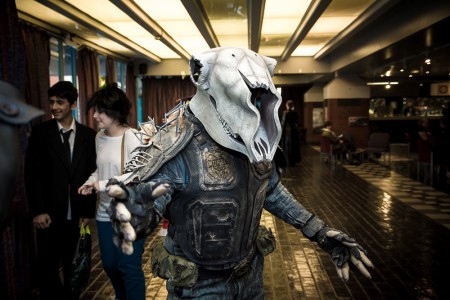 From there I walked upto the next level where the show was in the auditorium style theatre all the stalls were surrounded by more cosplay characters and comic book fans. Then round the outside of the room artists and actors were sat giving autograph and talking to the members of the public.

I continued to walk round the show seeing some of the groups that specialize in cosplay either dressed like star wars characters like storm troopers, Darth Vader or judges from Judge Dread all with inch perfect costumes which look they had come straight from a film set. 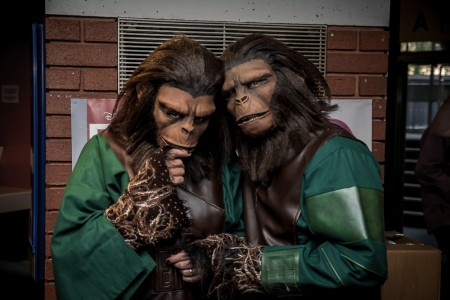 As a photographer this was making for good pictures however the room conditions I did find a bit challenging with the low light scenario. I was finding the ISO on my camera was ramped up higher than normal. Also the flash was being used quite a bit, but with the high ceilings bouncing the flash was next to impossible and found myself having to point the flash towards the subject (which I always try not to do). Due to the small area I had to take pictures my Nikon 50mm F1.8 wasn’t the best for shooting but I made do with my sigma 18-70 F2.8. As it wasn’t the best lighting conditions I just told myself that all this was going to make better for my experience of shooting in low light scenarios.

I continued to walk around the show looking for new cos play characters to shoot and looking at the odd stall along the way. I was really impressed with all the work had gone into the show and made me think I would be interested in shooting one off the bigger events in the future.

I have to say I really enjoyed the day and because the characters aren’t of the everyday type of photography its meant I have been able to experiment with my editing in light room and over the winter will probably come back to some of these images and play about with photo composites to give the full cosplay photography feel to my work.