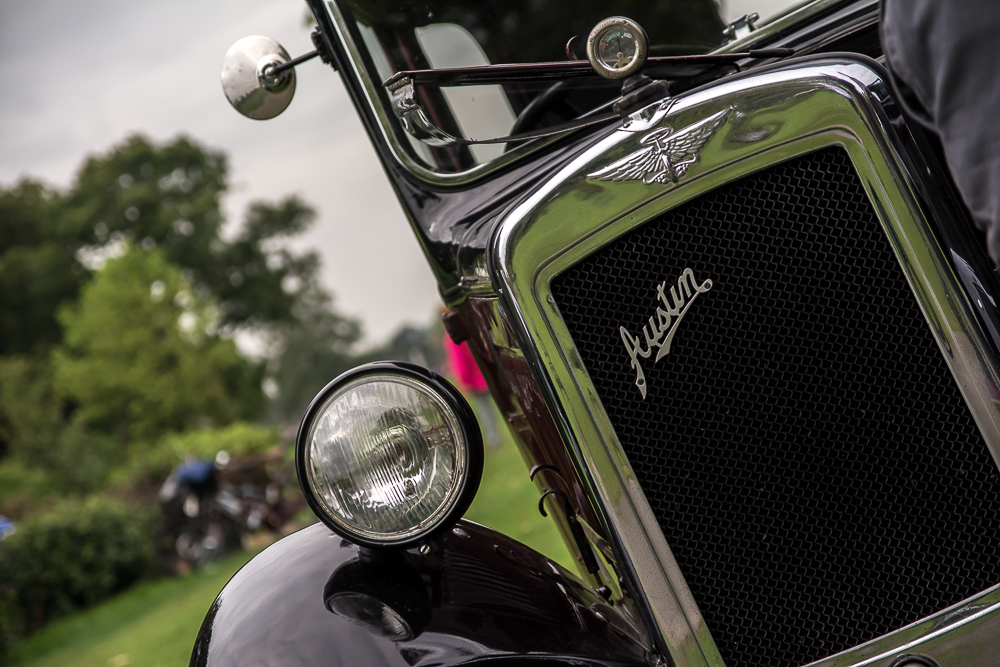 Winters coming and the weather is getting a bit more un predictable. For this reason the show seasons over which means I have to grab every opportunity I can to get out there and photograph cars (or anything else for that matter). This time my cousin had told me of a small display of vintage cars in Leyland at Worden park where I had been earlier in the year for the Un-phased Show.

I headed off one Sunday to go have a look it was only a small event with a handful of cars but the quality was good and attention to detail and hard work gone into the preservation of the cars made up for the small amount of cars.

The cars ranged from little minis which are still on the road today to big rare Mercedes 350’s the likes Adolf Hitler used to own. This was the makings for some interesting images. As the cars of yesteryear are always that bit different of the cars of today as design and materials are massively different due to safety and cost issues of todays market.

Where else would you find wooden spokes on a car? or belts holding the bonnet down? The whole look of the cars are unique to the times they were produced the big box like shape of the old Austin’s to the silique lines of an MG Midget also the technology vastly differs like crank handles for instance what was the means of starting the car 70+ years ago would never be dreamed of in today’s world and probably if you showed a kid of today a crank handle they wouldn’t have a clue what it was for and wouldn’t believe them if you told them.

I might not photograph or pay attention to the older cars in my photography but that doesn’t mean I don’t appreciate them I found the day a breath of fresh air looking round the cars, Looking how different the cars were back then. Unlike now how advanced the technology has come from good old mechanical problem solving ways back then. To the 1000’s of sensors I have on my 5 series BMW that seem to do nothing apart from bring up warning lights and flash at me when something as simple as a cd skips.

Overall I saw the day as an education on how far we have come in the car world with technology and design rather than a day for photographing. Not that its bad thing as the cars on show were really looked after and couldn’t fault the time and work that had gone into the preservation and restoration of the cars on show. Hopefully I will get myself to some more events like this in the future possibly a few hill climbs events or the super car Sunday that runs through the summer at mitten hall.